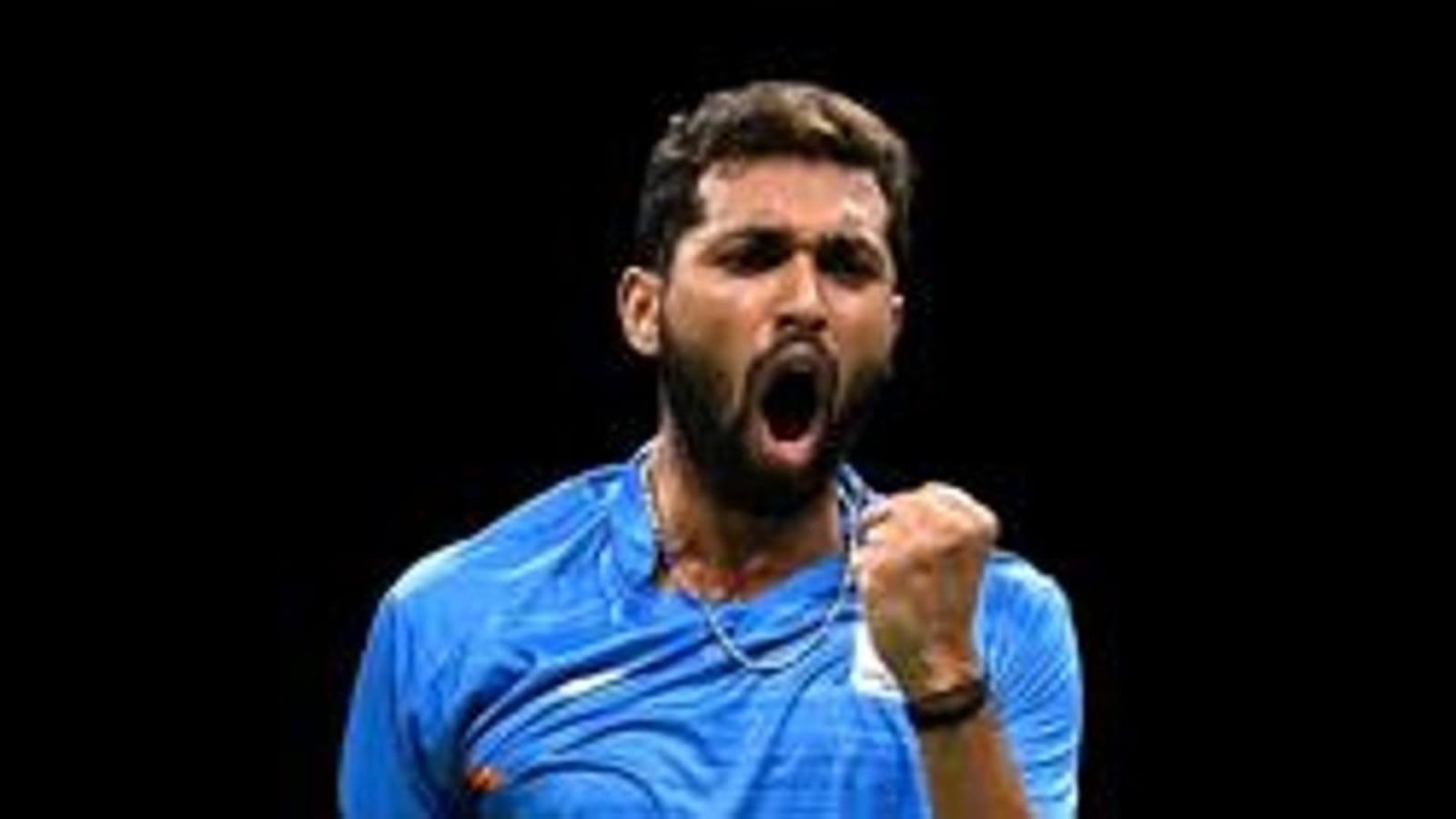 As Chirag Shetty’s tap at the net hit the deck, his doubles partner Satwiksairaj Rankireddy turned to face the vociferous partisan crowd supporting Malaysia and gestured that they had made their racquets do all the talking.

Coming from behind after Lakshya Sen’s loss in the opener, the world No. 8 pair provided India the impetus that assured their first ever Thomas Cup medal by reaching the semi-finals with a 3-2 victory over the badminton powerhouse.

“Chirag and Satwik were not in great shape yesterday but played amazingly today. Just goes to show how team events are played when each and everyone steps up when opportunities come,” said HS Prannoy, who won the deciding fifth rubber in straight games to propel India to second semi-final of the tournament since 1979. Back then no medals were awarded for reaching the last four.

India will play Denmark, who beat South Korea 3-2, on Friday for a place in Sunday’s final at Bangkok’s Impact Arena. Holders Indonesia will face Japan in the other semi-final.

Expectations were high from India’s highest ranked shuttler Lakshya Sen but the 20-year-old losing the opening singles rubber 21-23, 9-21 in 46 minutes to reigning Asian champion Lee Zii Jia. This was the All England finalist’s first defeat to the world No. 6 in three outings.

A loss in the first doubles would have put India completely on the backfoot. But that wasn’t to be as Shetty and Rankireddy drew on their experience to beat Goh Sze Fei and Nur Izzuddin 21-19, 21-15 in 41 minutes. This was the duo’s sixth win in seven meetings against the world No. 13 pair.

Expectedly, former world No. 1 Kidambi Srikanth breezed past Ng Tze Yong 21-11, 21-17 to put India 2-1 ahead. This was his second win in as many meetings against the 21-year-old Malaysian.

India suffered another setback when Krishna Prasad Garaga and Vishnuvardhan Goud Panjala went down 19-21, 17-21 to Aaron Chia and Teo Ee Yi. Though a new pairing, Chia is an Olympic bronze medallist and Yi had claimed bronze at the world championships last year.

At 2-2, it boiled down to the fifth and final rubber between Prannoy and Leong Jun Hao. History was against India as Prannoy had lost the only previous meeting between the two, in 2020. Indian hearts began to sink when the shuttler from Kerala was down 1-6 at the start.

But Prannoy started clawing back into the contest, mixing aggressive smashes with calm drops at the net to level the contest at 7-7. From 12-all, Prannoy won nine of the next 10 points played to pocket the first game at 21-13. The second one was only a formality as Prannoy hammered Hao 21-8 to create history for the Indian men’s badminton team.

“I feel a lot of emotions. This is one tournament where we have never done well in the past probably due to many reasons. But this time it was one of the best teams to come (from India) into Thomas Cup and everybody stepped up. We said we are going to fight right till the end no matter what. We are just going to play what we are capable of,” said Prannoy, who reached the Swiss Open final in March.

“Everybody wanted to prove a point. That’s very important because this is for the next generation to come from India. We want all of them to see we are up there in the world especially in a team event where we always write off India. We still have much work to do. We have a semi-final tomorrow.”

Pornpawee Chochuwong needed only 42 minutes to beat Aakarshi Kashyap 21-16, 21-11 and take the hosts into the semi-final where they will face defending champions China. Japan will take on South Korea in the other semi-final.