Nikhat, Manisha, Parveen in second round of world boxing 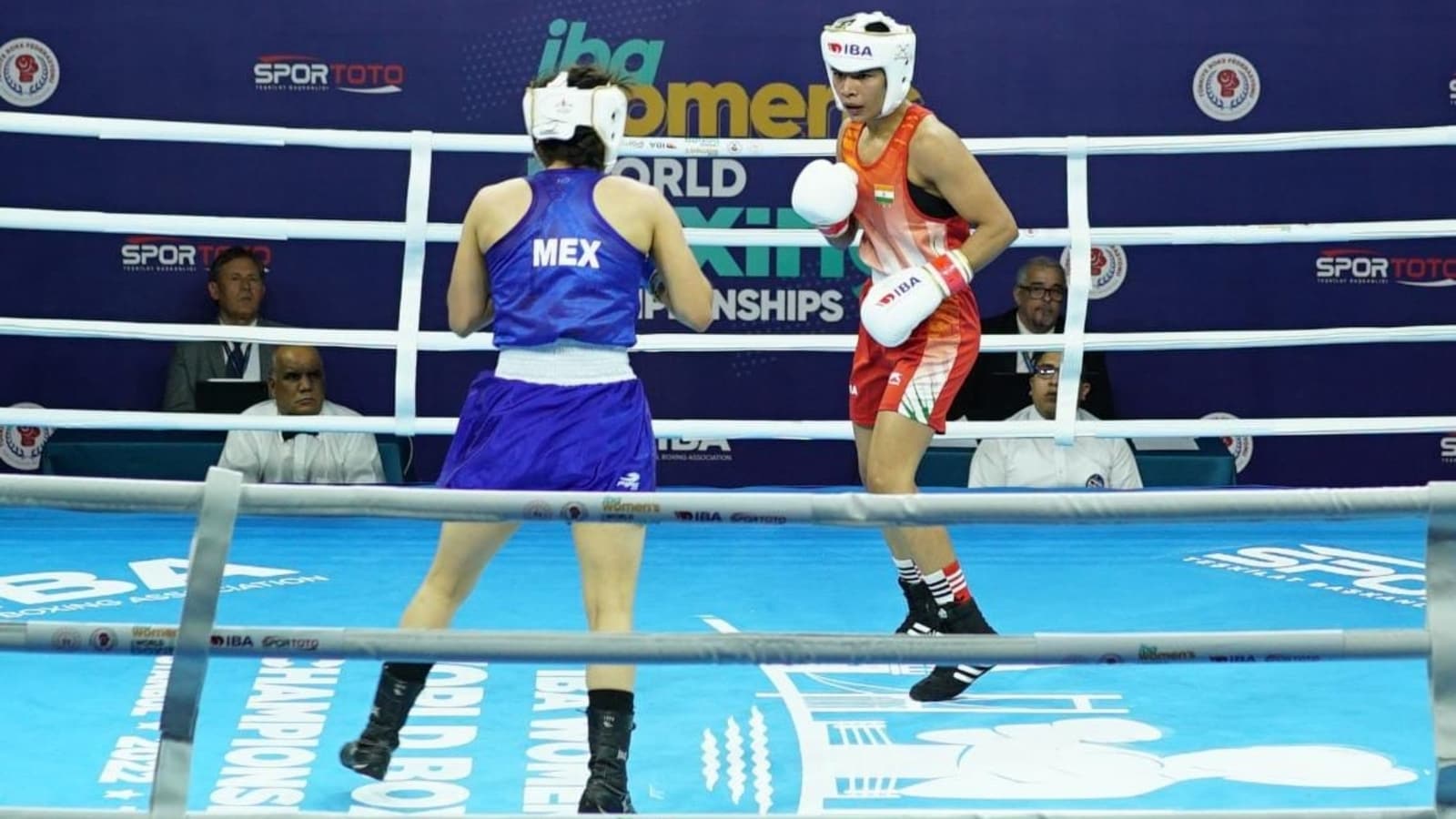 Nikhat Zareen’s clean striking ability stood out as she scored a dominating 5-0 victory over Mexico’s Herrera Alvarez Fatima in her opening 52kg class bout at the IBA Women’s Boxing World Championships in Istanbul on Wednesday. Zareen entered the round of 16.

Zareen showed good form in the lead up to the tournament, winning gold at the Strandja memorial last month. Chasing her first major medal, the 25-year-old gave a confident display. She was light on her feet, quick to move in and out and was accurate with her punches. Her straight punches and jabs landed flush on Fatima’s face, keeping her on the backfoot. She swept the first round 5-0 and stepped up in the next two rounds with Fatima unable to find a way to score.

By the third round, Fatima was reeling under a barrage of punches and Zareen was toying with her opponent, keeping her guard down and scoring with ease. Nikhat will face Mongolia’s 2021 Asian championships bronze medallist Lutsaikhany Altantsetseg next.

Parveen (63kg) and Manisha Moun (57kg) also easily won their first round bouts. Parveen made a good comeback after losing the first round against Ukraine’s Mariia Bova, winning by a unanimous decision after her opponent was docked a couple of points. There were fast exchanges in the first round that saw Bova making good connect. The boxer from Rohtak attacked furiously from the second round, pressing forward with her combination punches and threw Bova off-balance a couple of times. Parveen will face a former Youth Olympics champion Jajaira Gonzalez of USA in the pre-quarterfinals on Sunday.

Moun first broke through at the 2018 world championships at home when she stunned then world champion Dina Zhalaman of Kazakhstan. She has not lived up to expectations since then. Making a comeback, Moun made a strong start by beating Chandra Kala Thapa of Nepal 5-0.

On Thursday, 2021 Asian Championships bronze medallist Jaismine, Anamika and Shiksha will be in action in the Round of 32.

Thank you for subscribing to our Daily News Capsule newsletter.

Share
Facebook
Twitter
Pinterest
WhatsApp
Previous articleIshan Kishan: ‘I lost my focus trying to finish games rather than giving good starts’
Next articleRizwan: Pujara second only to Younis Khan when it comes to focus and concentration