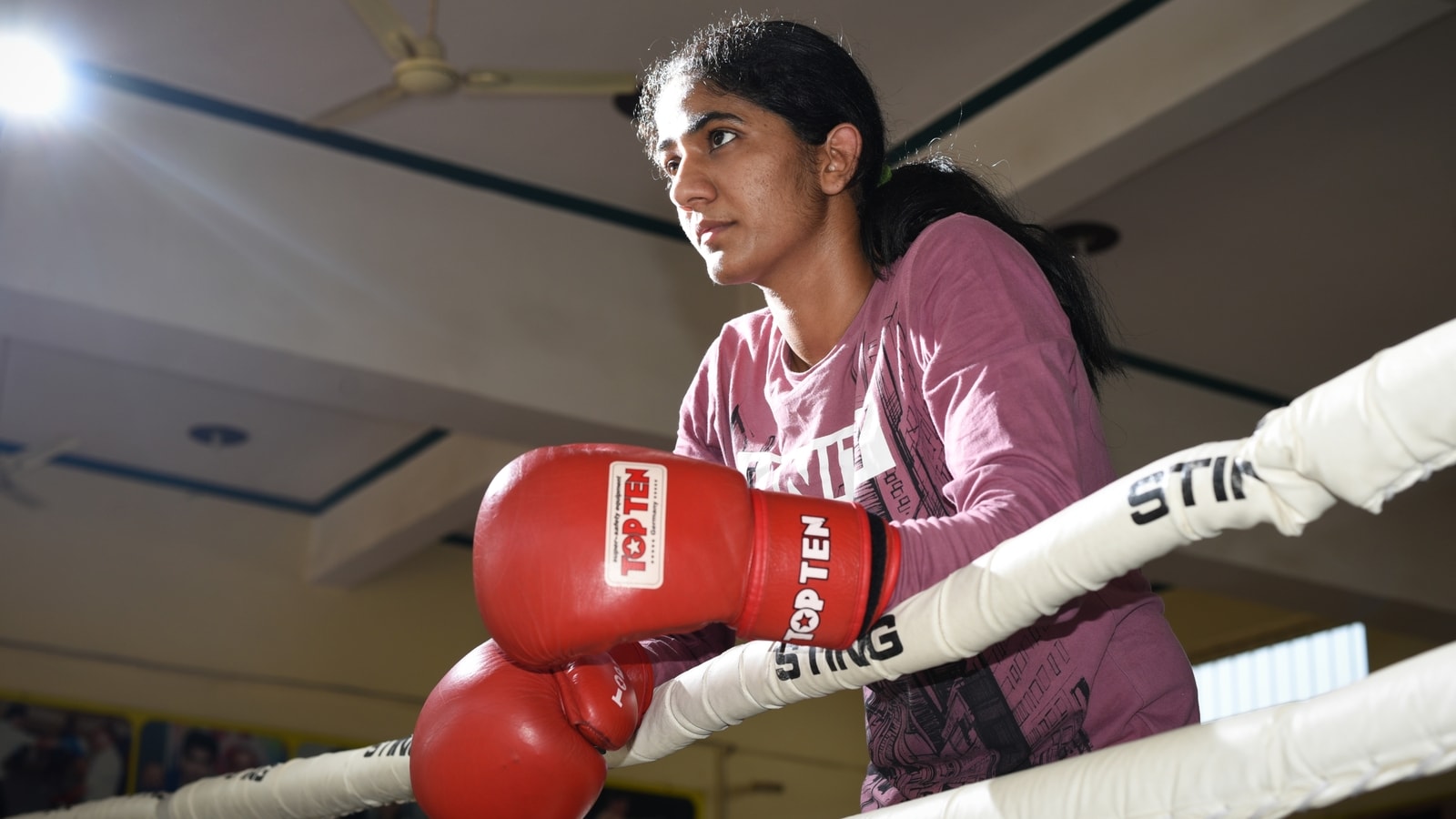 Nitu Ghangas produced a dominating show to defeat Steluta Duta of Romania in her opening bout (45-48kg) of the women’s boxing world championships in Istanbul on Tuesday. Nitu won by a unanimous 5-0 verdict to enter the round of 16.

Steluta, 40, a veteran of many battles, came out charging right at the start. Nitu, a two-time world youth champion, was unfazed and showed good skills and tactical acumen to control the bout. The 21-year-old was making her debut at the worlds in a weight category made famous by MC Mary Kom’s six triumphs.

Nitu had the height advantage and scored with clear punches. Duta tried to unsettle the youngster with a barrage of shots early on; a solid left hook caught Nitu by surprise. But the Indian southpaw countered well with a one-two combination. Having found her range early, she connected well with jabs and straight punches.

The first round went in her favour, and though Duta continued with her attacking, scrappy style, Nitu fend her off and kept scoring consistently. The Romanian took one last chance in the third round by trying to go all-out in attack but Nitu, ready for the charge, moved well and finished off the bout without trouble.

Nitu has made her mark in the weight class beating Manju Rani, a silver medallist in the 2019 world championships, in the final of the nationals last year. She recently won her first gold at senior level in the Strandja Memorial international event.

On Wednesday, four Indians, including Nikhat Zareen, will begin their campaign. Zareen (52kg) has been in fine form and won the Strandja Memorial recently. She will take on Mexico’s Herrera Alvarez in the opening round. Manisha Moun (57kg), Parveen (63kg) and Saweety Boora (75kg) will also fight their round-of 32 bouts.