Home Sports Ravi Shastri: India will be looking for an allrounder who can bat...
Sports 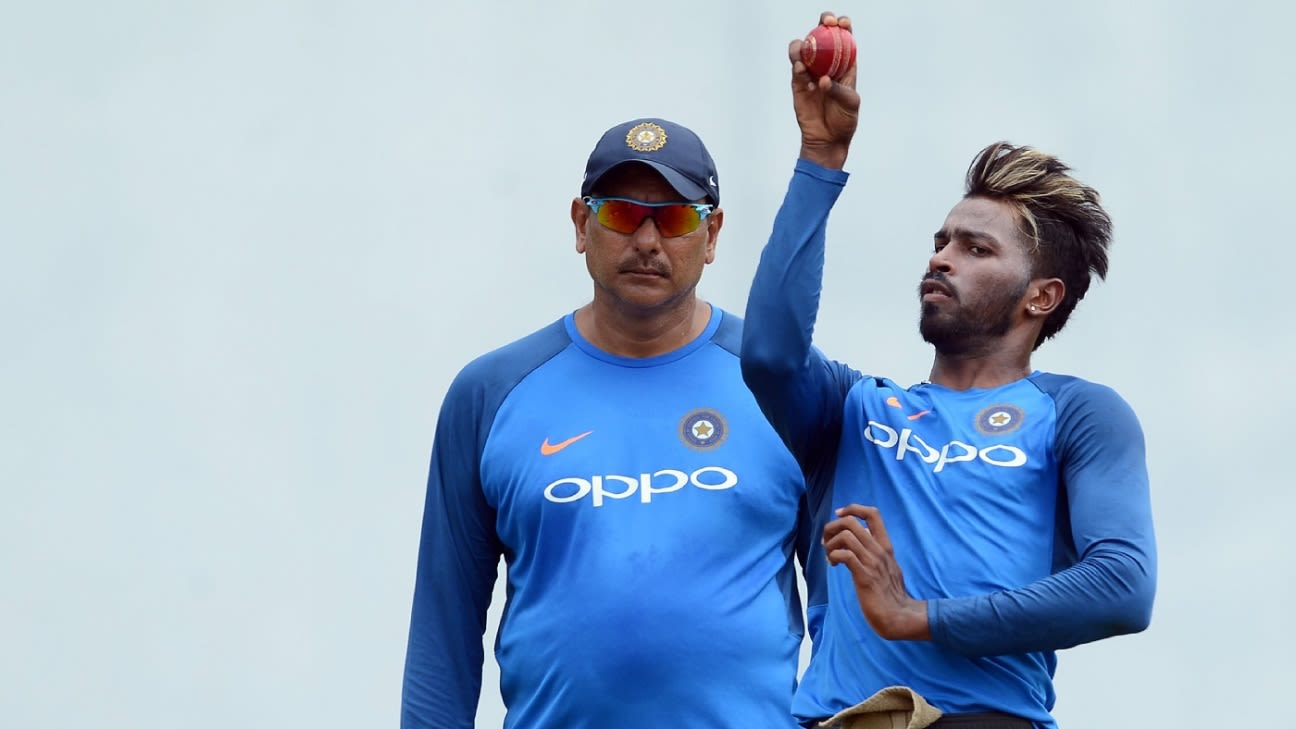 Former India coach, who joins ESPNcricinfo as an analyst for the IPL, says Hardik will struggle to make the national team as a pure batter

Former India coach Ravi Shastri – who will join ESPNcricinfo as an analyst for IPL 2022 – believes the national team is still in search of a first-choice allrounder.

There has been a lot of focus on India’s T20 cricket ever since they suffered a group stage exit in the last World Cup. With another one coming up in only seven months’ time, the team management will be looking at the IPL for signs of players who can take on that two-in-one role and lend more balance to the XI.

“I think the allrounder’s position at No. 6 for sure,” Shastri said on Wednesday. “Ideally someone in the top-five who can bowl two or three overs. That takes the pressure off the captain. It gives him then six and a half bowlers from whom he can choose. That will be one area I’ll be looking at very closely. And of course the fast bowling and fielding. I’m not really worried about the batting. Batting is there.”

Hardik Pandya appeared to be the answer to the biggest of those questions but then he suffered a stress fracture of the back and has never been the same again. In particular, he’s not been able to take on his usual bowling workloads but, in a sign of how much he still has to offer, the 28-year old has been made captain of an IPL team for the first time by Gujarat Titans.

Still, Shastri thinks Hardik will now struggle to break into the Indian T20 side as a pure batter because it is already full of power-hitters. “In the top five, there’s a lot of muscle there. If anyone’s occupying the position Nos. 5, 6 onwards, he’ll have to bring that extra department to the game. That is why from Hardik’s point of view, from India’s point of view, from the Gujarat team’s point of view, it’s extremely important that he strings those two or three overs together because if he does and bowls with even limited success, he becomes an automatic choice in the Indian team.”

Shastri said the IPL might also shed some light on who could be the next India captain.

“Rohit [Sharma]’s not getting any younger. Neither is Virat [Kohli]. They’ll have to look at who might be the captain two years, three years down the line. So that’s where I’ll be looking at. I’ll be looking at Rishabh Pant (Delhi Capitals). I’ll be looking at Shreyas Iyer (Kolkata Knight Riders). Very closely. Of course KL Rahul (Lucknow Super Giants), the way he handles that side. And Hardik for the simple reason if that can energise him in a manner that can make him come out and play with gay abandon.”

Fast-bowling great Wasim Akram is delighted to see Pakistan end India’s winning run against them in the World Cup in his lifetime but...
Read more
Sports