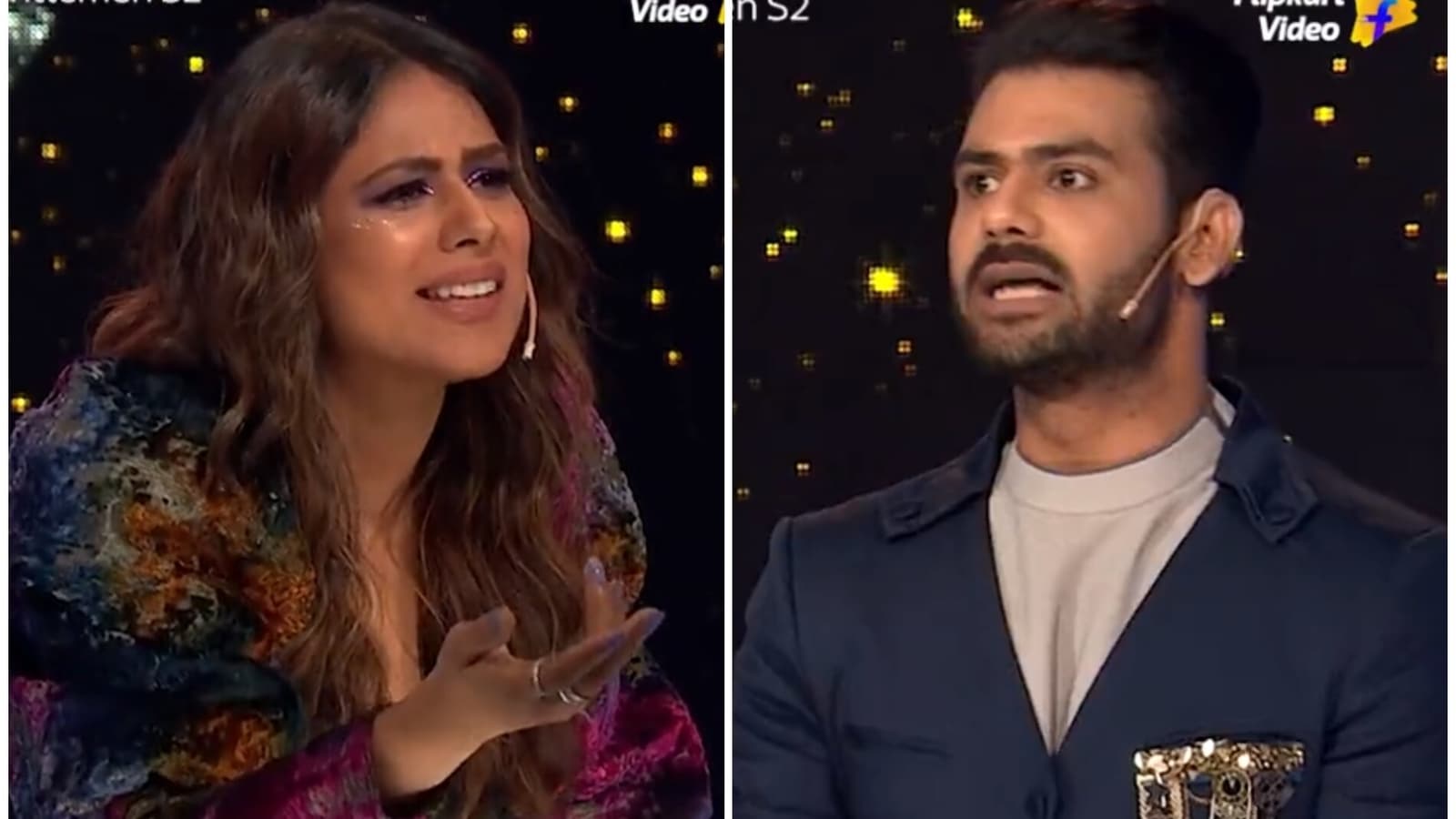 A new promo for Ladies Vs Gentlemen season two showed Vishal Aditya Singh taking a dig at his ex-girlfriend Madhurima Tuli and their public fight on Bigg Boss 13. He was in conversation with Nia Sharma.

“Ek mard point A se point B tak baat karta hai. Ek aurat point A se chhoti A, phir chhoti B, phir badi B aati hai. Yahaan tak baat hoti hai. Kaun baat karta hai aise (A man goes from point A to point B in a conversation. A woman goes from capital A to small A, then small B and then capital B. Who talks like that)?” Vishal asked.

Nia wanted to know how troubled Vishal was. “Kitne kalesh dekhe tumne apni zindagi mein (How much distress have you seen in life)?” she asked. He referred to his ugly spat with Madhurima on Bigg Boss 13, which ended with her assaulting him with a frying pan and continuing to hit him until it broke, and said, “Mera kalesh Indian television par aaya hai, maalum hai na, aapko (You know that my distress has been shown on Indian television, right)?”

Addressing hosts Riteish Deshmukh and Genelia D’Souza, Nia said, “Itna sataya gaya hai isko (He has been troubled so much).” She added, “He has got a man-beater jisne sirf isko dukh hi dukh diye hai (who only gave him grief).” Vishal said that such women exist, “Aur meri kundali mein waisi mil gayi, sorry (And I am sorry that someone like that was in my destiny).”

The frying pan incident was reenacted for laughs on Khatron Ke Khiladi 11, on which Vishal was a contestant. Madhurima put out a video expressing her disappointment with Colors. “You are dragging this one incident that happened, just for your TRPs. But you do not care what effect it has on the family of those involved. What happens in their lives, how depressed they are (watching all this), how disturbed they are watching the incident time and again. They want to forget it all,” she said.