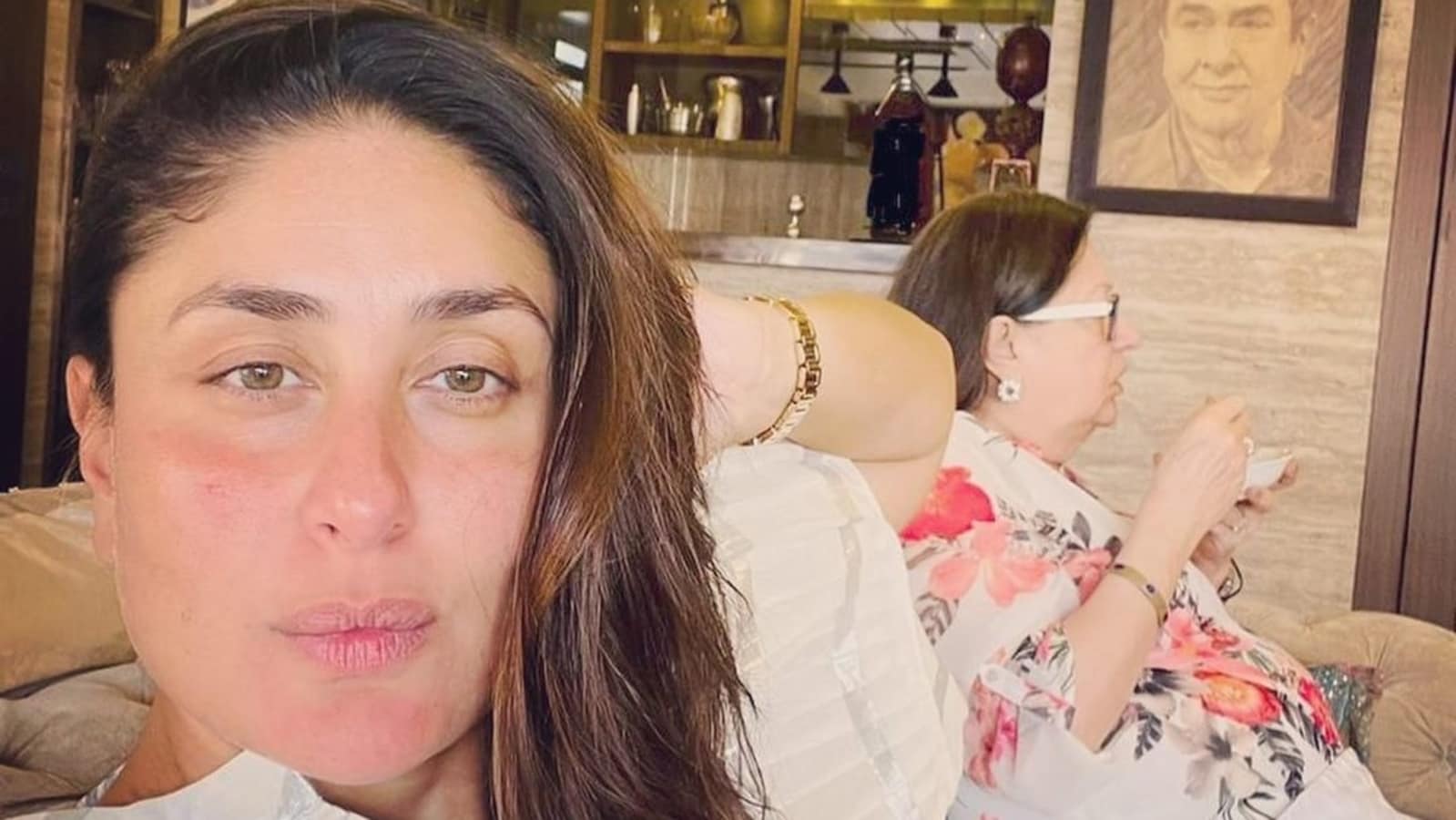 Kareena Kapoor posed for a selfie on the couch, while her mother Babita Kapoor sat next to her, relishing a bowl of kheer. Her father Randhir Kapoor also featured in the picture, although as a framed portrait on the wall behind them.

“While the mother eats kheer…the daughter poses. #themothership #MeriMaa,” Kareena captioned her Instagram post. Manish Malhotra dropped heart emojis. Fans also showered love. “I missed your selfies so much,” one wrote. “Y’all are the cutest,” another commented. One fan wanted to know where her elder son, Taimur Ali Khan, was.
+

Earlier in the day, Kareena paid a visit to Randhir along with her younger son, Jehangir Ali Khan. Her elder sister Karisma Kapoor was also clicked arriving at the venue by the paparazzi. It appears that Kareena’s photo with Babita was taken at Randhir’s home.

Randhir and Babita, who tied the knot in 1971, after the release of their film Kal Aaj Aur Kal, have been separated since 1988. However, they never got a divorce.

During a recent appearance on The Kapil Sharma Show, Randhir recalled his conversation about Babita with his father Raj Kapoor. “Main timepass kiye jaa raha tha. He was like, ‘Shaadi vaadi karne ka iraada hai ki nahi?’ (I was whiling away time. My father asked if I had any intention of getting married),” he said.

Randhir said that he intended to marry Babita but Raj asked, “Jab woh buddhi ho jayegi shaadi karega usse (Will you marry her when she gets old)?” Randhir quipped that he did not have to propose to Babita, his parents did so on his behalf.

Earlier this year, Randhir moved out of his ancestral home in Chembur to a new home in Bandra, to be closer to Babita and their daughters, Kareena and Karisma.