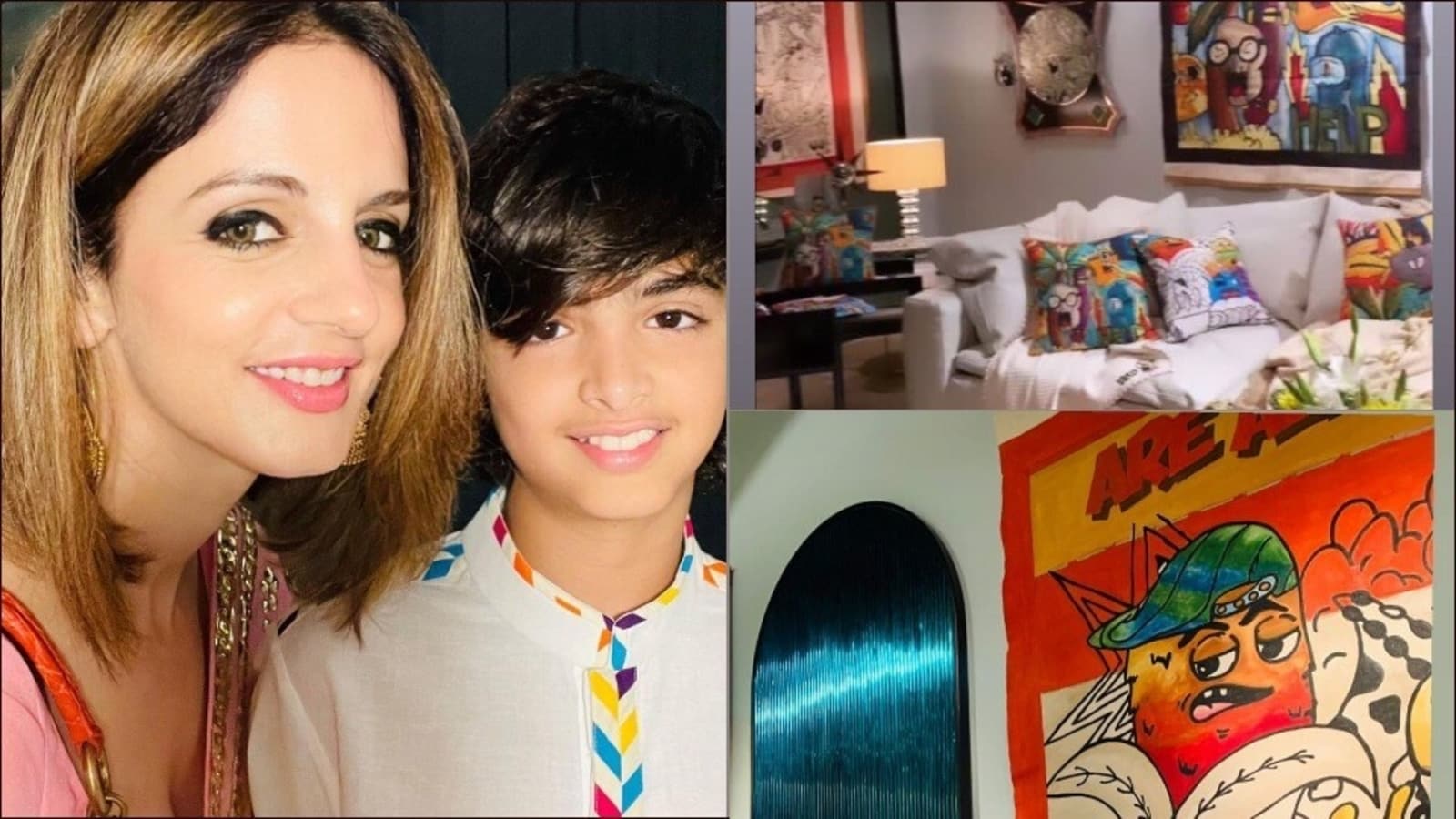 Interior designer Sussanne Khan founded and introduced The Charcoal Project on Feb 26th, 2011 which soon turned into her successful brainchild and while the diva continuously gathers praises for her artworks, her sons have now followed suit. In a recent set of pictures, Sussanne flaunted the artworks made by her son Hridhaan Roshan which she converted into pieces for The Charcoal Project.

Opening her pret store for family and friends to take a tour this weekend, Sussanne heaped accolades for her son’s work of art as the guests were left gushing over the 13-year-old’s talent. While one of Sussanne’s friends called it “brilliant”, another gave a virtual glimpse of the store and the video featured the animated cushion covers and wall hangings painted by Hridhaan.

In his 13th birthday post too, Sussanne had called Hridhaan “a true artist” and now we know why. Soaking in the 10th anniversary of her brainchild, the boss lady could not contain her excitement as she acknowledged the praises that came her son’s way on social media.

Hrithik Roshan and Sussanne Khan have been co-parenting their two sons, Hridaan Roshan and Hrehaan Roshan, since their divorce in 2014 but she had moved in temporarily with him during the Covid-19 lockdown to take care of their sons together. On another note, her 14000 sq. ft. store claims to be India’s first and most unique design concept store.

It has two commanding levels and presents lines by premier global and Indian designers Andrew Martin, Abu Jani and Sandeep Khosla and Sussanne’s very own hand crafted furniture collection of pret home since it was meticulously created by her. The conceptual projects to her credit include residential private homes, destination villas, commercial offices and model show apartments for various leading real estate brands.

Sussanne’s signature style is a seamless blend of industrial masculine with feminine edgy chic, created with metal, wood, natural fibers, concrete, geometric patterns, organic forms and embellishments that are all subtly woven together to exude luxe. Her unique style of thought. is defined by intriguing new concepts which are backed by a team of architects, interior designers and product designers.

Each time we visit a website, it sends cookies to the device we access it from. These are small, invisible files that remember...
Read more
Art & Culture

Word for word: A dictionary to take Sanskrit to the world

Shashi Bala, 65, has been steeped in Sanskrit for decades, and soon she’ll have a unique dictionary to show for her efforts. The multi-volume...
Read more