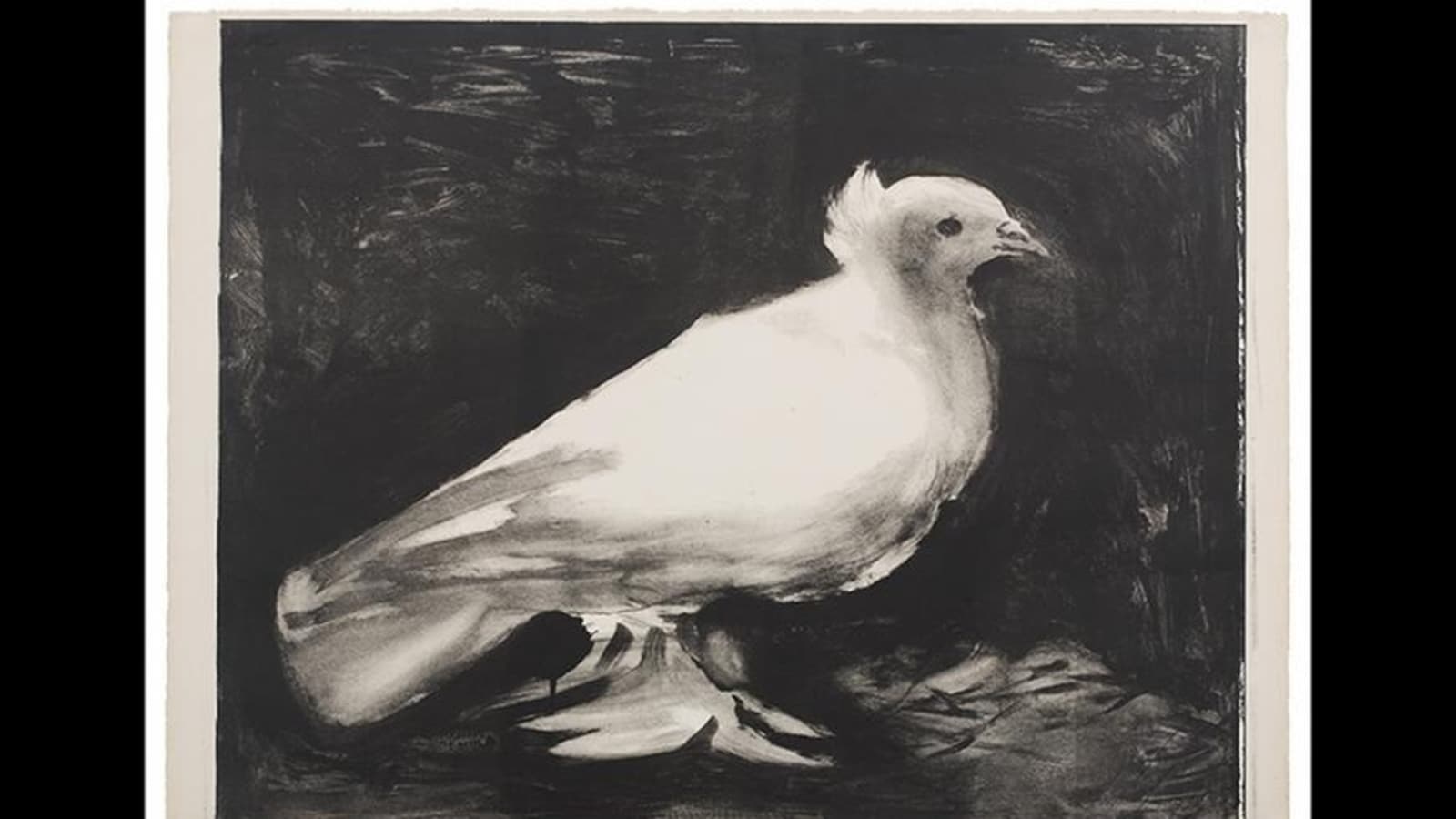 Yet curators still find new angles to approach his works.

An exhibition in Cologne’s Museum Ludwig under the title, Picasso Shared and Divided: The Artist and His Image in East and West Germany, looks into the two countries’ astonishingly varied reception of the artist.

The iron curtain, which divided the world for more than four decades into irreconcilable political blocs — socialism and capitalism — certainly played a strong role in how Picasso was perceived in the East and the West.

In 1944, Picasso joined the Communist Party of France. He called it “a logical step in my life, in my work.” He participated in campaigns, traveled to peace conferences, for which he also created posters.

He created political works like The Charnel House, which depicted horrors of the Nazi regime, or Massacre in Korea, about American war crimes. One his most famous paintings is also as an anti-war work: Guernica, named after the Basque city that was bombed by German planes. His series of murals War and Peace were conceived for a chapel in the Communist-governed village of Vallauris, in southern France, aiming to create a “Temple of Peace.”

Picasso also took on commissions like painting Josef Stalin on his birthday or making a sketch of the Soviet cosmonaut Yuri Gagarin.

But could a portrait of Stalin be reconciled with a Temple of Peace?

“In the post-war world, yes,” says Cologne curator Julia Friedrich, “in any case for Picasso and other communists.”

Many artists identified themselves during that period with the socialist movement for peace, for which Picasso created the ultimate motive: the dove.

Picasso’s friend, the poet Louis Aragon, had chosen his Dove lithograph to illustrate the poster of the 1949 Paris Peace Congress.

The painter, who even as a child made sketches of his father’s doves, kept creating variations of the bird afterwards.

His doves were especially popular in the socialist German Democratic Republic (GDR). For instance, Picasso’s drawings were featured on posters of peace movements and in school books.

As curator Friedrich speculates, they were “certainly more popular and perhaps even more widely circulated than the official national emblem of East Germany, the hammer and the compass surrounded by a wreath of rye.”

Even though the artist was considered a model communist activist, there were hardly any Picasso exhibitions in the GDR’s early years. His anti-realist style was rejected by East German authorities, as the masses were supposed to recognize themselves in art.

The approach was completely different in the West.

Picasso was greatly respected in West Germany as well, but here he was promoted as a pillar of contemporary art. All kinds of exhibitions presented him as a reviver of art, and worshiped him as a charismatic genius.

In 1955, his Guernica was shown at the Munich art museum Haus der Kunst, but the Foreign Office in Berlin warned the curators against the “political leanings” of the work.

The political Picasso, says Cologne curator Friedrich, was largely concealed in the West.

Picasso Shared and Divided is on show at the Museum Ludwig in Cologne until January 30, 2022.

This article was translated from German.

New Delhi Oscillating between the permanence and the transience of the photographs, four Indian artists are exhibiting their experiments with the visual medium....
Read more
Art & Culture

A master stroke of abstractionism at this show in the city

New Delhi Art is a window into the minds of both its creator and its viewer. For over 50 years, veteran abstractionist Prabhakar...
Read more