Riders on the storm: Bhavish Aggarwal and Ankit Bhati of Ola 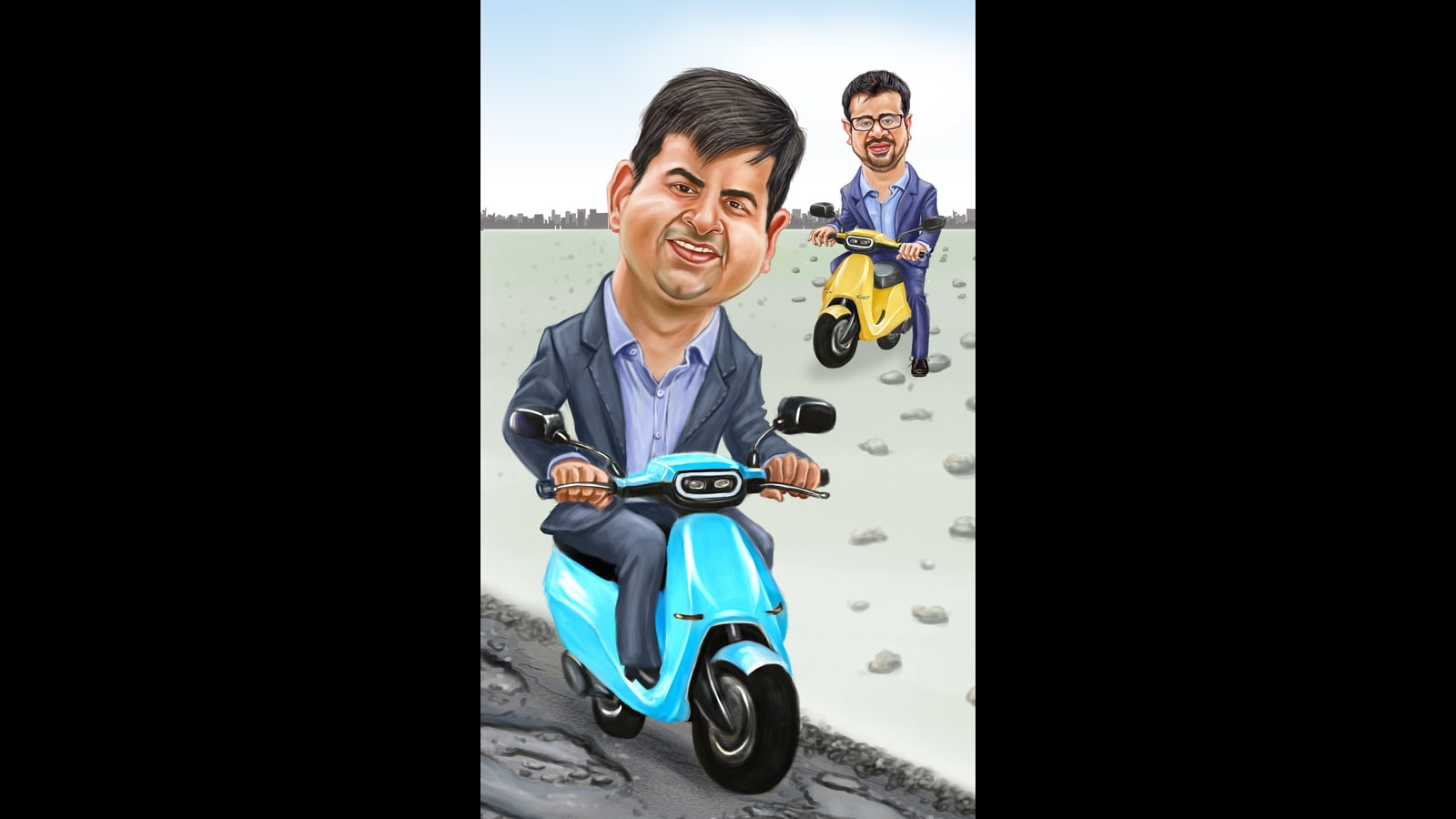 Any way you look at it, Bhavish Aggarwal, 36, has come a long way since he launched OlaCabs (now Ola) in 2010 with Ankit Bhati, 34, a fellow alumnus from the Indian Institute of Technology – Bombay. Creating an app to hail taxis appeared foolhardy back then. Aggarwal and Bhati seemed young and naïve, preparing to go up against well-oiled, cash-rich machines such as Uber, which had support from the Silicon Valley ecosystem and stormed the Indian market in 2013. That Ola took off despite the odds is now part of start-up folklore.

But it appears Aggarwal is far from done and wants to create another narrative. In March this year, he announced the company’s intent to manufacture electric scooters. ANI Technologies, which is Ola’s parent company and which Aggarwal also heads, created an entity called Ola Electric to build the electric scooters. Work on the manufacturing plant, Aggarwal told the media, had commenced in Tamil Nadu. When completed, it would be the world’s largest plant of its kind, in addition to which its workforce of 10,000 would be made up of only women.

He showcased the first Ola Electric scooter on August 15. People who had logged in to watch the launch event on the company website were told of a booking price of ₹499, and competitive entry price of ₹1 lakh to ₹1.19 lakh for the two models (most leading EVs on the market start at the higher end of that range). A mad scramble to book the vehicles apparently began.

Media stories reflected Ola Electric’s reports that it was swamped with 500,000 bookings in its first month. At the time of writing this story, bookings had closed. A company release said they would reopen around Diwali.

Is Ola Electric an even more foolhardy venture than the one Aggarwal attempted in 2010? Automobile industry veterans describe the outlook as seemingly unsustainable. Ola has promised delivery of its first EVs in October. Bookings are all made via the Ola app, and estimated delivery periods are starting to pop up next to purchases.

“They are not going to meet the deadline,” estimates Adil Darukhanawala, an automobile historian, journalist and author who tracks the sector closely. He’s not sure the workforce of 10,000 can do much to help speed things along.

It would appear, meanwhile, that a price war has begun with Hero MotoCorp and with Bajaj’s Chetak. There is immense potential for electric vehicles in India, particularly scooters. With fuel prices headed only up, the incentive to shift to lower-cost alternatives is high. “Ather [produced by a start-up heavily invested in by Hero] and Chetak are easily the best in class,” Darukhanawala says.

But regardless of price and product, crucial infrastructure is missing. Most of India has erratic power supply. Fluctuating voltage and backup generator sets cannot be used to charge electric vehicles.

When it comes to Ola Electric, there are no dealerships or service centres in place either. Ola has said that, in case of an issue, engineers will be sent to a customer’s doorstep. This, the company argues, will be a very different model from the traditional one that requires the customer to visit the dealer.

How will this work on the scale the numbers suggest? Deliveries will begin as promised and the first assembly lines have started trial runs, a company spokesperson told Wknd. The spokesperson added that there is a plan to eventually set up 1 lakh hyper-charging stations across the country too.

A more detailed questionnaire sent to, and received by, Ola spokespersons did not yield a response. There have, meanwhile, been noises that the co-founders who started Ola together don’t agree on this project. But it would likely be a mistake to write off the soft-spoken young man who started life in Ludhiana, grew up in Afghanistan and the UK, and was written off by most people when he started his entrepreneurial journey a decade ago.

Back then, Aggarwal didn’t even have the capital, just gumption. As things stand, he is now bankrolled by some of the world’s most powerful private equity companies, including Matrix Partners, Tiger Global and SoftBank.

There is also institutional support for what is being pegged a new-age Make in India story, a supposed rival even to Tesla’s ambitions in the subcontinent. The race is on, the road is bumpy, and Aggarwal has been here before.