Picture in picture: Look closely and you’ll see swashbucklers in our midst 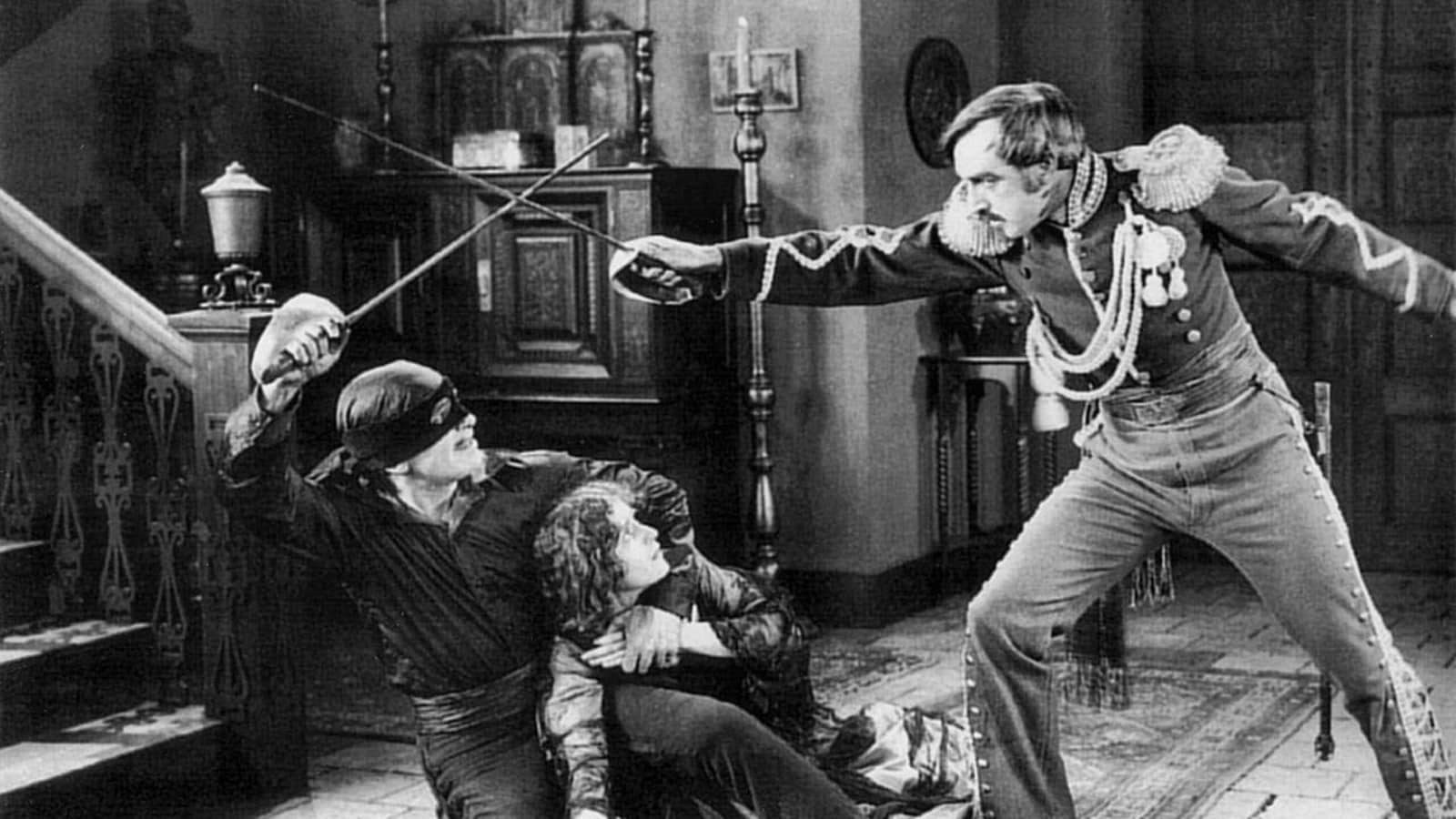 Everyone knows the origin story of Batman. Bruce Wayne loses his parents at the age of eight. The family is accosted by a gunman as they’re walking home from a movie. The gunman shoots the adults but leaves Bruce Wayne alive. And you know the rest.

What was the movie the Waynes had just watched that fateful night? Appropriately, it was one that featured a hero who was a wealthy but ineffectual fop by day but turned into a dashing defender of the poor and downtrodden by night. A hero with a secret lair under his mansion, the entrance to which was concealed by a grandfather clock. A hero with a manservant who knew of his dual life and was utterly devoted to him. A masked man, dressed in black, with an animal motif…

The movie was The Mark of Zorro.

When The Mark of Zorro came out in 1920, it was a sensation. Its star, Douglas Fairbanks, had made his reputation as a leading man in light comedies. Zorro turned him into the archetypal swashbuckler.

Even today, The Mark of Zorro retains its watchability. It’s over a century old, it’s a silent film, but you can see what made Fairbanks such a sensation. The movie is Assassin’s Creed meeting the Keystone Kops, a circus performance where Fairbanks is an acrobat in a world of clowns. And it’s no surprise that Bob Kane and Bill Finger paid homage to his iconic performance by modelling Batman on him.

In the following year, 1921, Fairbanks starred as D’Artagnan in The Three Musketeers. This was followed by The Adventures of Robin Hood (1922), one of the most expensive productions of its age and a massive commercial success. Fairbanks dominated the 1920s with hit after hit in the same vein: The Black Pirate, The Thief of Bagdad, Don Q: Son of Zorro, and many others.

Fairbanks’s last swashbuckler film was 1929’s The Iron Mask, his first talking movie, based the last of Alexandre Dumas’s D’Artagnan romances, The Vicomte of Bragelonne. Fairbanks continued to make films, including doing a turn as an aging Don Juan in 1934. But he never did another swashbuckling role.

The genre, however, was far from dead. There was a new star rising.

Two of the biggest hits of 1934 were MGM’s Treasure Island, the third remake of Robert Louis Stevenson’s classic in 16 years, and United Artists’s The Count of Monte Cristo, the seventh remake since the Dumas novel was first adapted for film in 1908.

Warner Brothers, looking around for a property they could use to jump on the bandwagon, settled on Captain Blood, an adaptation of Rafael Sabatini’s stories about an Irish doctor-turned-pirate. They approached Robert Donat, star of The Count of Monte Cristo, but he declined. They then took a chance on a good-looking Tasmanian they had signed early in 1935. His name was Errol Flynn.

For many fans, Flynn’s portrayal remains the definitive representation of Robin Hood on screen, despite attempts at the role by Sean Connery, Kevin Costner, Russell Crowe, and a host of others.

Flynn was influential not just on the genre but on actors as far as two continents away. In the late 1930s, a film-struck young man named MG Ramachandran trimmed his moustache and practised swordfights in empty hairdressing salons in Madras’s Kodambakkam district. Bollywood made Robin Hood as Badal in 1951.

Other stories, other stars

Flynn did not have a monopoly on swashbuckling roles. There was Tyrone Power, who starred in the 1940 version of The Mark of Zorro and in the 1942 film The Black Swan, another Sabatini adaptation. There was Ronald Colman, perfectly cast as Rudolf Rassendyll in The Prisoner of Zenda, fighting against the movie’s dashing and deadly antagonist, Rupert of Hentzau, played brilliantly by the son of the original swashbuckling hero, Douglas Fairbanks Jr.

Even today, the influence of the swashbucklers lives on. Iron Man, the character that kicked off the monstrous money machine that is the Marvel Cinematic Universe, was even drawn to look like Flynn.

Swashbucklers don’t die. They just retreat for a while, before returning in triumph.

New Delhi Oscillating between the permanence and the transience of the photographs, four Indian artists are exhibiting their experiments with the visual medium....
Read more