Home Photography My Review of the Nikon Z fc: Does the Retro Style Add...
Photography

My Review of the Nikon Z fc: Does the Retro Style Add Any Value? 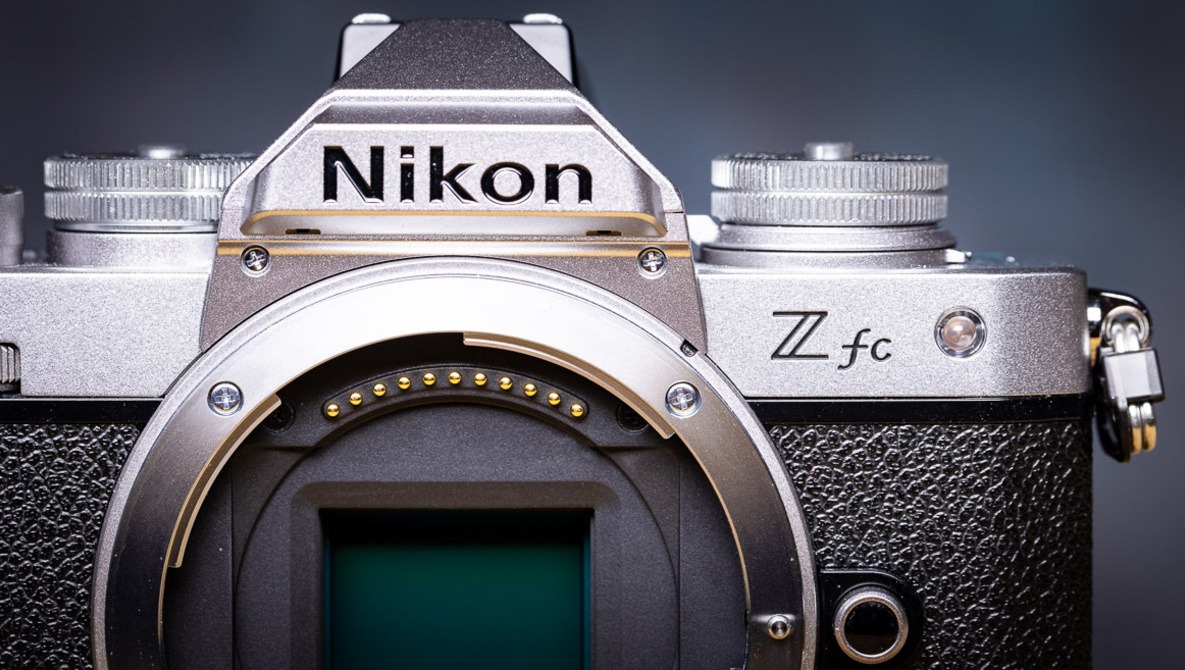 Nikon asked me to review the new Nikon Z fc. I said yes, and I received no less than two cameras. It’s time to wrap things up and answer the question: does the retro style add any value?

I was surprised to receive not one but two Nikon Z fc kits, one with the Z 16-50mm f/3.5-6.3 VR zoom lens and one with the retro style Z 28mm f/2.8. When I asked why, the Nikon representative told me how it would look great for the product photos I tend to make of every camera I review. But what he didn’t know was how I got hold of an old Nikon FE, one of the cameras on which the Nikon Z fc is based.

The Nikon Z fc is not the first digital camera that looks like an old-fashioned Nikon camera. In November 2013, the Nikon Df was released, a full frame DSLR that took a lot of critiques. It also had a lot of fans. Now, after all those years, Nikon has released the Z fc. This time, it is based on the Nikon FE and FM. If you love those cameras, you will probably like the Nikon Z fc also.

Of course, the differences are obvious. It lacks the transport handle and returns transport sling (I couldn’t find another name for it). After all, you don’t need these with modern digital cameras. Instead, Nikon added an ISO dial and Exposure Value dial. In a way, the controls have a lot of similarities with Fujifilm X-trans cameras.

The design follows the Nikon FE and FM very closely. The Nikon Z fc also has a pentaprism housing, although it now houses an electronic viewfinder. On top, you find the faux leather just like the analog versions, complete with the hot shoe. The body design is also very similar and thus lacks a proper holding grip. If you’re used to modern cameras, this takes some getting used to.

The Nikon representative told me about an extra grip that will be available, offering more to hold on to. It makes the camera a bit higher, which is good news for the photographer with large hands. But there is one big difference that can’t be ignored when comparing the Nikon Z fc with an older SLR like the FE. Although the size is very similar, the new Nikon Z fc is an APS-C camera with a 1.5x crop. It’s not full frame (35mm film) like the old Nikon FE.

It Doesn’t Feel as Robust

Picking up the Nikon Z fc brings a bit of a surprise, especially when you have the Nikon FE next to it. The new camera is very lightweight. It feels a bit plastic. The Z fc is made of an aluminum alloy that has less weight compared to the metal construction of the FE. Perhaps the lack of a heavy pentaprism also plays its part in reducing the weight. I think the majority of the users won’t notice this difference and perhaps even prefer the reduced weight over a heavy camera.

I found the battery door at the bottom of the camera a bit of a disappointment. I don’t know if it’s plastic or made out of thin aluminum. It feels like it’s easy to break. If I think about the times I would open this door, not only for charging the battery but also for removing the UHS-I SD card, it worries me.

If you’re not happy about the construction of this flimsy door, you can charge the camera through its USB-C connection or you can transfer the data from the card to your computer through this connection.

The lenses that Nikon offers with the two kits are the Z 16-50mm f/3.5-6.3 VR with image stabilization and the Z 28mm f/2.8. Both lenses have a plastic construction, making them very lightweight also. If you choose one of these kits, you will have a camera and lens that is easy to carry with you for a long period. I think that is an important aspect of this camera.

I carried both cameras with me for a couple of weeks. There was no need to change lenses, and therefore, the lack of a good lens alignment indication on the camera didn’t bother me. Although the lenses have a small white point, it is not very clear where to align them. The Nikon Z fc only has a small indent next to the lens bayonet, which is a bit strange.

The two lenses mentioned are made for an APS-C camera. Because the camera has the Z mount, you can fit any lens that is available for that mount. But I think the camera is not designed for fitting a large lens. It feels like a camera for less conspicuous photography. The first thing that comes to mind is street photography, and that’s what I used it for.

The PASM switch is located next to the ISO dial. If it’s set to the Program or Aperture priority mode, the shutter dial has no function. If the PASM switch is set to Shutter Priority or Manual, you can set the desired exposure time. By choosing the 1/3 step setting, the camera switches over to the command dial on the back for setting the exposure setting. Besides the Bulb, the shutter dial also has a Time setting for long exposures. Press once to open the shutter, press a second time to close it again.

The ISO dial allows you to set the ISO level in 1/3 increments. I wonder why Nikon neglected to add an auto-ISO setting. It is available, but only if you dive deep into the menu. The only way of setting auto-ISO easily and quickly is by adding it into My Menu. Unfortunately, the Quick menu doesn’t allow you to add the auto-ISO function. By activating the auto-ISO, the setting of the shutter dial will be the minimum exposure time, something to be aware of because the dial can’t be locked.

Besides these small issues, the Nikon Z fc is fun to use. It’s very tempting to use it in manual mode, and I even rotated the LCD screen on the back so it looked more like an analog Nikon FE. Of course, the electronic viewfinder offers all the information necessary. The command dials and the buttons on the camera have a good feel to them. It lacks a dedicated AF-ON button, but it is possible to assign your function to almost every button. The AE-L/AF-L button is the most obvious one for the AF-ON function.

You have to rely on the electronic viewfinder or back LCD to see the aperture setting. There is a small LCD screen in between the EV dial and shutter dial, but it’s too small and too difficult to read. I rather would have seen an aperture ring on the lenses. If you look carefully, there is also a switch to choose between photography and filming.

The Autofocus of the Nikon Z fc

The ability to use face and eye autofocus on the Nikon Z fc should be no surprise. You can switch between human and animal eye autofocus but only manually. Now, it not only works in the all-area autofocus mode but also in the different focus zones. The Nikon Z fc has 209 autofocus points to achieve focus. Good news: full eye-AF tracking now also works for filming, something the Nikon Z 50 lacks.

The focus speed is good, as is AF tracking, as far as I could tell. The eye autofocus works in relatively dark environments, but it still feels less responsive compared to Sony and Canon mirrorless cameras. But don’t worry, it won’t let you down. With 11 frames per second and full AF tracking, the Nikon Z fc is fast enough for some occasional action photography. With 14-bit raw, the speed drops to 9 frames per second — still fast enough for most photographers and most action shots.

My Conclusion After Using the Nikon Z fc

Photographing with the Nikon Z fc was a lot of fun. It’s a great camera to use, and its similarity to the Nikon FE and FM makes it a stylish camera. And people will choose this camera because of its looks, I’m sure. That doesn’t matter, as the Nikon Z fc produces good 20-megapixel photos with great dynamic range. The three-inch fully articulating LCD screen allows it to be a good camera for content creators also.

I loved using manual mode just because it’s fun to use the dials. As said, I also closed the LCD screen a lot. I know it sounds foolish, but it just made using the Nikon Z fc even more fun. Because the raw files couldn’t be read with Lightroom Classic at that time – except with a small change in the EXIF data – I decided to shoot a lot of in-camera JPEG photos. The results were very pleasing, and it answers the question I asked in a previous article.

The Nikon Z fc is by no means a perfect camera. There are a lot of small things that could be improved. The implementation of auto-ISO is one, the lack of a good alignment indicator for lenses is another one. Without a proper grip, the camera is less comfortable to hold for an extended period, and as a result, I accidentally pushed the custom button on the front too often.

But these are only minor things that you can grow accustomed to. On the opposite, the Nikon Z fc is a camera that brings back a lot of fun in photography with a vintage look that will get a lot of attention. It’s great for a lot of enthusiastic photographers, but it’s not for everyone.

What Could Be Improved

Behance Rolls Out Patreon-Like Subscriber System for All Members

Behance has announced that it has made its Patreon-like subscription model and available to the public. Additionally, it has added an option...
Read more
Photography

How Were Photos Made Long Ago?

The process of creating an image has changed quite a bit over the past two centuries on the journey to what we know...
Read more
Photography