KUALA LUMPUR: Indonesia’s electric vehicle drive is likely to overtake its ambitious biodiesel programme within a decade, but will only achieve its aim of helping curb climate change if the country ramps up clean energy investment, environmental researchers say.
The Southeast Asian nation, home to the world’s third-largest tropical forests has steadily increased the share of its biodiesel mandate derived from palm oil since 2018, despite the risk that could fuel deforestation.
In 2018, Jakarta introduced a three-year freeze on new permits for palm plantations, in a bid to help reduce the loss of forests cleared to produce the vegetable oil, used widely in cosmetics, food products and biofuel.
But if the plantation moratorium is renewed this month, when it expires, green groups say the country may struggle to produce an adequate supply of biodiesel made entirely from palm oil.
Indonesian President Joko Widodo has targeted so-called “green diesel” to help curb fuel imports and the country’s planet-heating emissions, and to bolster demand after moves by the European Union to restrict use of palm oil-based biofuels.
Indonesia has also set its sights on becoming an electric vehicle (EV) hub for Asia, and in June said it aimed to sell only electric cars and motorcycles by 2050.
Danny Marks, assistant professor of environmental politics and policy at Dublin City University, said the dual biodiesel and EV policies would not remain compatible beyond the next decade or so, once electric vehicles dominate the market.
“Indonesia should prioritise ramping up EVs in order to meet its international climate goals,” he told the Thomson Reuters Foundation.
Electric vehicles help ease air pollution from diesel and petrol fumes, and reduce costly oil imports. If the electricity that powers them is from renewable sources, they can also help meet emissions reduction targets to limit climate change.
Under the Paris Agreement to tackle global warming, Indonesia – among the world’s top carbon polluters – committed to cut its emissions by 29% by 2030 versus business-as-usual levels, and in July said it hoped to reach a net-zero emissions goal by 2060 or sooner.
“Pushing biodiesel is not a long-term viable strategy to transition from fossil fuels,” said Marks, citing palm oil’s role in driving forest loss and fires, which significantly increase carbon emissions.
Indonesia was named as one of the top four countries for rainforest loss in 2020, according to Global Forest Watch, a monitoring service that uses satellite data.
BATTERY HUB
Two years ago, President Widodo signed a decree outlining government support for the EV industry, in a bid to rein in carbon emissions and capitalise on Indonesia’s metals resources which are used to make batteries for electric transport.
The government has set a target of putting 13 million electric motorbikes, including converted conventional ones – and 2.2 million electric cars on the roads by 2030.
Last month, it launched a pilot project to switch motorcycles with combustion engines to electric power, and officials said work had also begun to convert public buses.
As of 2019, the world’s fourth-most populous country had more than 15 million cars and 112 million motorcycles on its roads, according to Indonesia’s automotive industries association.
Shobhakar Dhakal, Vice President for academic affairs at the Thailand-based Asian Institute of Technology, said Indonesia’s biodiesel and EV policies could work in tandem until 2040 or 2050.
EVs will eventually dominate Indonesia’s light-duty vehicles and passenger transport, but biodiesel will still make sense for heavy-duty and freight as a low-carbon option, he added.
Today almost 85% of Indonesia’s electricity supply comes from fossil fuels – coal, natural gas and oil which casts doubt on how “clean” its EVs will be, Dhakal warned.
Jakarta aims to have 23% of the country’s energy coming from renewable sources by 2025, up from about 9% in mid-2020, but progress on developing renewable power projects has been slow.
A top thermal coal exporter, Indonesia plans to retire all coal-fired power plants by 2056.
It is also important that Indonesia does not scale back its EV ambitions over time as seen in India Dhakal said, noting the country’s rich supplies of nickel ore should guard against this as the aim is to exploit them for EV battery production.
TRANSITION FUEL
Biofuels can be useful as a “transition” fuel, but promoting palm oil-based biodiesel longer term will not bring down Indonesia’s emissions trajectory, which is heavily influenced by land use and forestry, said Rory Clisby, a climate change analyst at consultancy Verisk Maplecroft.
Amid growing demand for private transport, however, the switch away from biofuels to EVs could take time, he added.
“The EV target is certainly ambitious and at present there are many structural barriers to achieving it, including a lack of supporting infrastructure,” he said.
But if Indonesia can expand the share of renewables in its energy mix, EV expansion is a better policy for reducing emissions, he added.
Chuck Baclagon, Asia finance campaigner at climate activism group 350.org, urged Indonesia to invest in public transport to reduce the need for private vehicle ownership of all kinds.
Unless the grid that powers EVs adopts cleaner energy sources, the impact of moving from biofuels to electric transport will be negligible, he added.
“Electric vehicles only work as a climate solution if their charging stations are powered by renewable energy,” he said.

VENICE: After Venice suffered the second-worst flood in its history in November 2019, it was inundated with four more exceptional tides within six...
Read more
Climate

British Prime Minister Boris Johnson set out his ambition on Tuesday for a green revolution that he hopes will force countries around the...
Read more
Climate 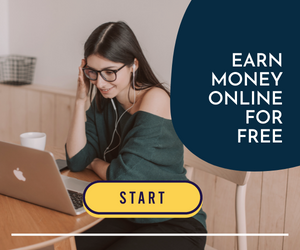