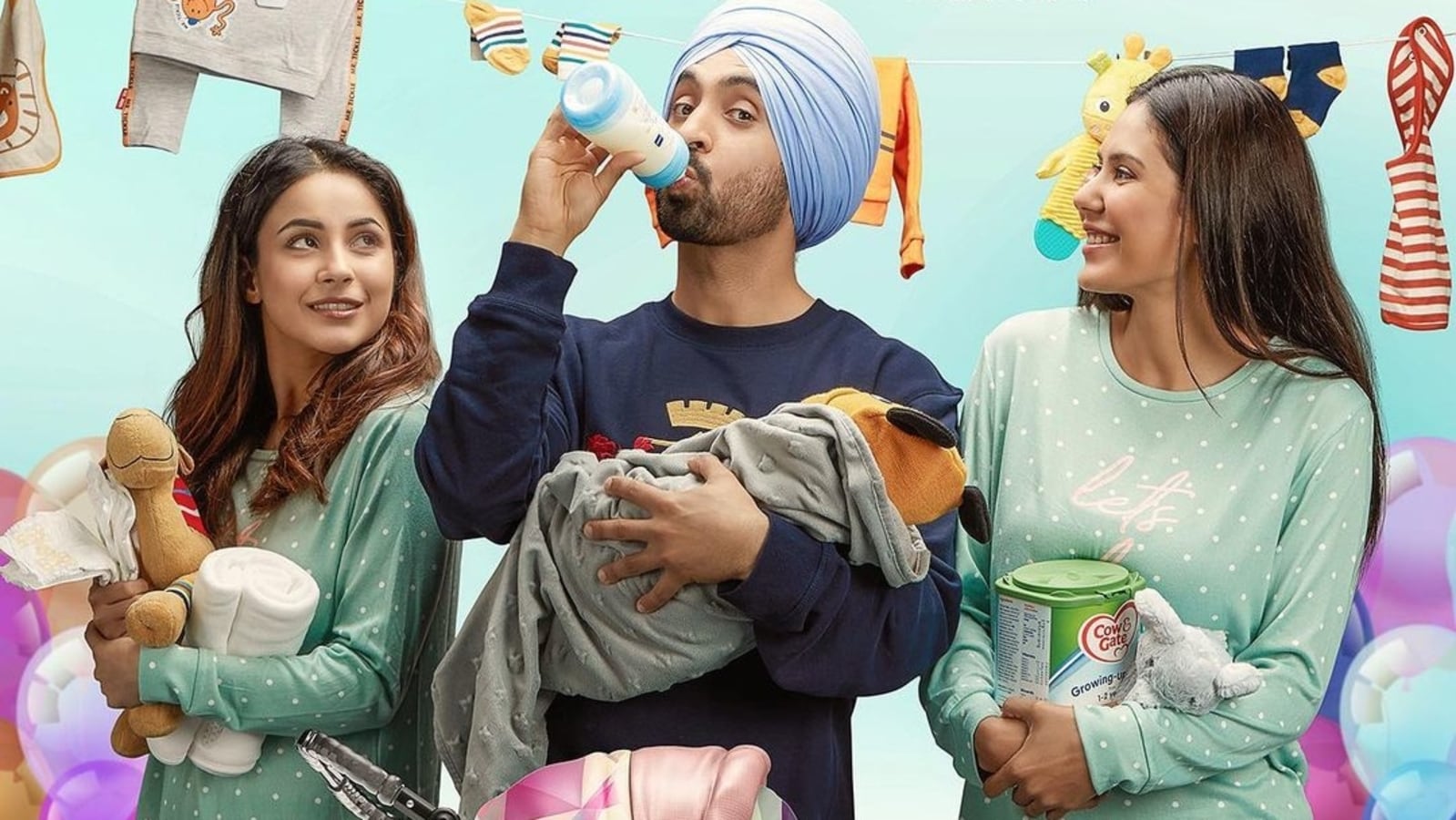 Shehnaaz Gill and Diljit Dosanjh‘s upcoming Punjabi film, Honsla Rakh, is set to release next month. Ahead of its release, a new poster along with the film’s trailer date was shared on Saturday evening.

In the poster, Shehnaaz and her co-star Sonam Bajwa wear a pair of green, polka dot sweat pants and a matching sweatshirt. While Shehnaaz had a couple of soft toys and a rolled up towel in her hand, Sonam had a box of baby food and a soft toy in her arms.

Diljit stood in between the two stars, with a baby in his arms and a feeding bottle in his hand while a baby stroller was placed in front of him. Sharing the poster, Diljit announced that the trailer of Honsla Rakh would release on Monday, September 27, at 1 pm. The film will release on October 15.

Shehnaaz had travelled to Canada, earlier this year, to shoot for the film. The actor shared numerous behind-the-scenes pictures from the sets.

Honsla Rakh would mark Shehnaaz’s comeback after the sudden death of her rumoured boyfriend, actor Sidharth Shukla. He died earlier this month. While Shehnaaz attended the funeral, she has been away from the spotlight and social media platforms ever since.

Honsla Rakh producer Diljit Thind told a leading daily, “We are waiting for her to recover and heal from the grave loss. We had originally planned to shoot the song on September 15 in London, but that couldn’t happen because of obvious reasons. We will finalise a new date soon and would want Shehnaaz to be a part of it, too, as she is an integral part of the film. I am in touch with her manager and hoping that she will contact us in a few days.”

Bigg Boss 15 is getting even more entertaining with each passing day. The show is getting all the love from the audience. Today's...
Read more
Entertainment

Matt Hutchins, the husband of late cinematographer Halyna Hutchins, has expressed his family's gratitude for the outpouring of support in the...
Read more

Karwa Chauth 2021: Karwa Chauth is celebrated every year in India on a full-moon day. On this day, married women follow a certain...
Read more
Load more