Find the keys, spot the strings: The Wknd puzzle by Dilip D’Souza 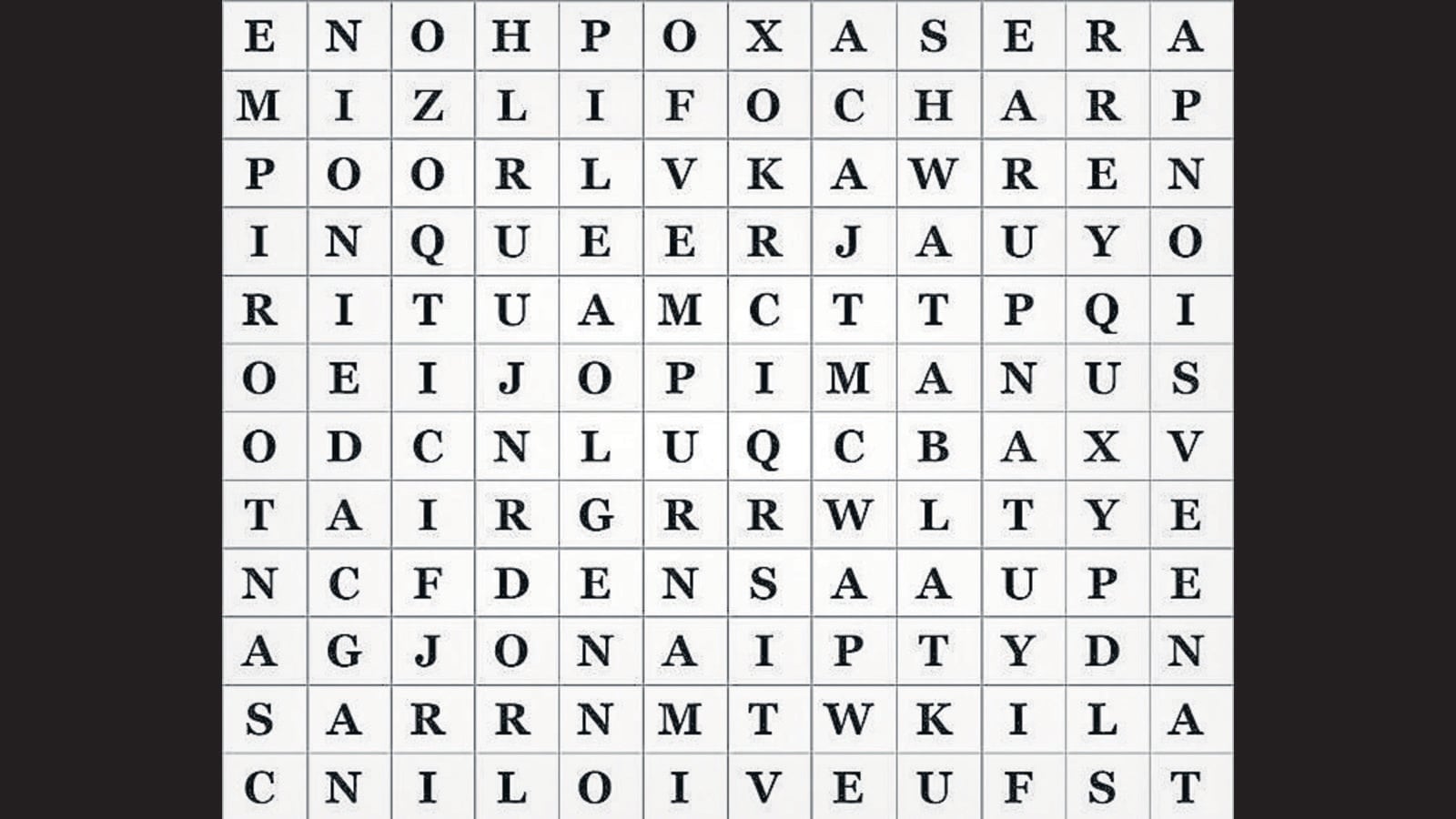 This is (apparently) a simple search for words. Look for them in this grid of letters. At one level, this is straightforward — keep looking and presumably you will eventually find them all. But are there useful strategies? For example, if you’re searching for “HELLO”, should you look for Hs (to start the word) or for repeated Ls (because that may be a giveaway)?

There’s some evidence that children like puzzles such as these. They teach concentration, but also the ability to rewire method and direction on the fly. You know what to search for (coming up), but of course the words are not obvious, at least not right away. Do you miss the forest because you’re lost among the trees? Is “HELLO” easy or hard to see in a grid that also has plenty of irrelevant letters? Does it depend on which direction you’re following? Are some directions easier than others?

So: the names of 14 musical instruments, plus the Spanish name for one of them, are in this grid. They can be in any direction — up, down, left, right, diagonal, backward — but invariably in a straight line.

Five of the instruments are Indian. One of those has a Western twin which is also among the 14.

At least two, maybe more, of the Western instruments are also widely used in Indian music.

Bonus: Find a five-letter word and a seven-letter word, neither of which is an instrument. Find a six-letter sequence that, if you prefix it with one more letter, gives you a word that became world-famous overnight in late 2004. No, it’s not an instrument either.

Scroll down for the answers.

Veena, tabla, tanpura, sitar, santoor, harmonica, dulcimer, piano, harp, violin, flute, cello, saxophone and guitar. Also guitarra, the Spanish word for the instrument, from which English actually got “guitar”. The dulcimer is pretty much identical to the santoor.