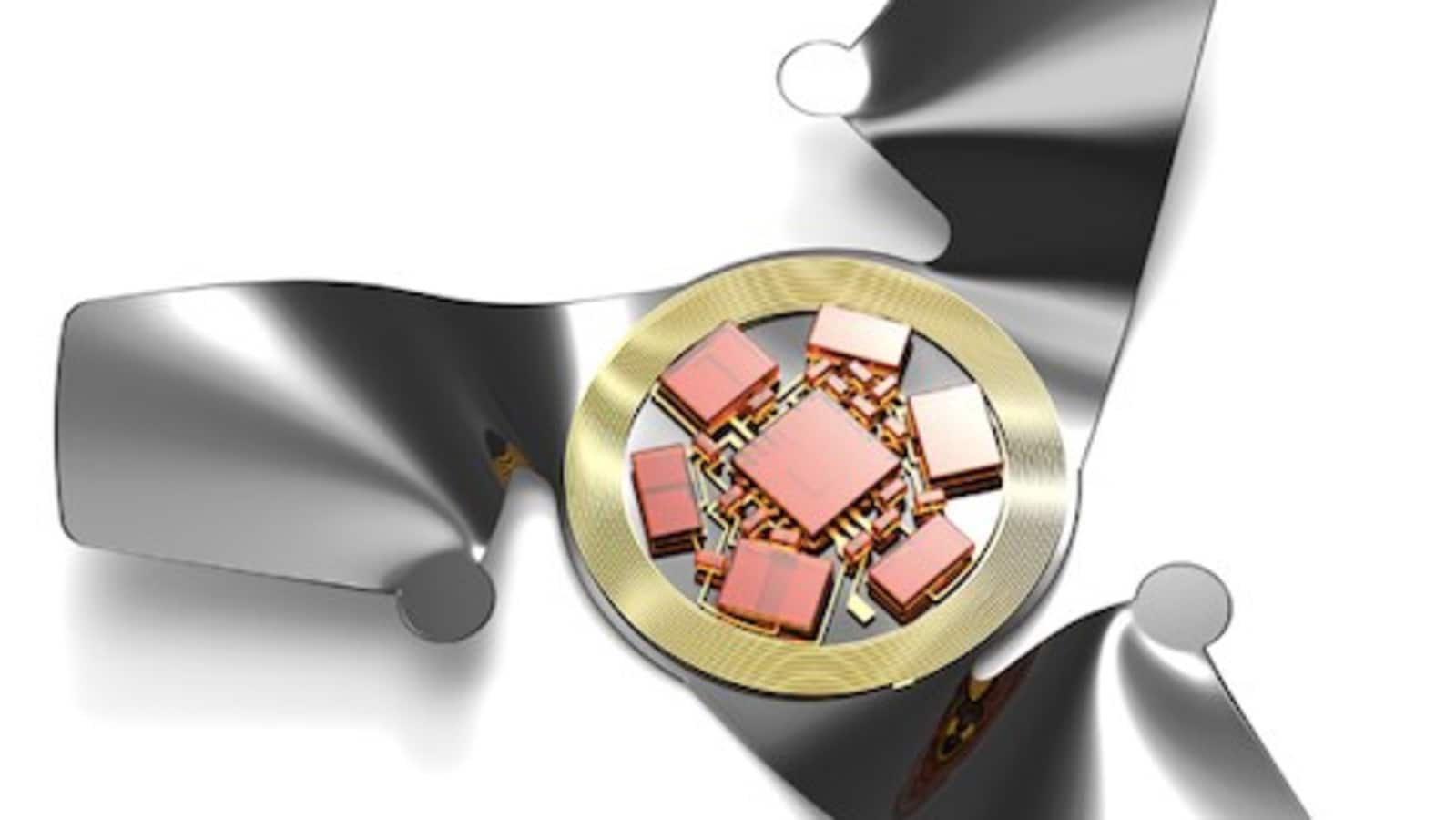 Engineers from Illinois’ Northwestern University have created an electronic microchip or “microflier” with flight capabilities, which can help monitor air pollution levels and airborne diseases, the university said in a press release. The “smallest-ever human-made flying structure”, which is about the size of a grain of sand, does not require an engine or a motor. Instead, it catches flight on the wind — much like a maple tree’s propeller seed — and spins like a helicopter through the air toward the ground.

The engineers behind this micro flier optimised their design by studying maple trees and other types of wind-dispersed seeds and fashioned the micro flier such that when dropped from a height it would fall at a slow velocity in a controlled manner. This helps stabilise its flight, ensures dispersal over a broad area and increases the amount of time it interacts with the air, making it ideal for monitoring air pollution and airborne diseases, the team behind it said.

“We were able to do that using ideas inspired by the biological world. Over the course of billions of years, nature has designed seeds with very sophisticated aerodynamics. We borrowed those design concepts, adapted them and applied them to electronic circuit platforms,” John A Rogers, who led the team behind the device’s development, said in the release.

“Evolution was likely the driving force for the sophisticated aerodynamics. These biological structures are designed to fall slowly and in a controlled manner, so they can interact with wind patterns for the longest possible period of time. This feature maximizes lateral distribution via purely passive, airborne mechanisms,” he added.

The team also drew inspiration from children’s pop-up books. “We can thus exploit the most advanced materials and manufacturing methods used by the consumer electronics industry to make completely standard, flat, chip-like designs. Then, we just transform them into 3D flying shapes by principles that are similar to those of a pop-up book,” said Rogers.

The team designed many different types of micro fliers, including one with three wings, resembling the wings on a tristellateia seed. The team said that some of the micro fliers, which were created using computational modelling to allow a rapid design optimisation, come with properties that can “give nature a run for its money”.